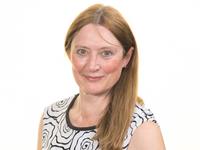 This is the third year in my first term as the member for Sandown North and I would like to thank everyone for their valued support. I have continued to attend relevant training courses and briefings, such as planning and licensing, to further my knowledge and develop my skills to represent my residents more effectively.

This past year I have been focussing on connecting even more closely with my local community. I regularly attend the Sandown Forum where I give my monthly County Councillor report; I write a monthly article which is published in the Beacon magazine, go to www.iwbeacon.com and the Island Magazine, available online at www.shanklinmagazine.co.uk. Due to popular request, I have started holding a monthly Councillor surgery at the Yaverland Sailing Club on the first Saturday of the month from 11am until midday.

At County level, I have been an active member of the Scrutiny Committee and also served on the Children’s Services Committee. I have attended a Bus and Rail Users Group meeting and also a public meeting about fracking. I have been working more collectively with Councillor colleagues on various issues such as the PFI Island Roads contract and other scrutiny issues. I have continued to strengthen my working relationship with officers.

At a National level, I have attended leadership training with the Local Government Association at Warwick University and joined an LGA “think tank” on Children and Youth Services. I also attended the LGA Independent Group Annual Conference in London and the LGA National Conference in Bournemouth.

During the lockdown, I have supported residents with various queries concerning housing, business support, employment issues, the supply of PPE, the coordination of volunteer groups on an islandwide scale and the effective operation of island pharmacies during the crisis.