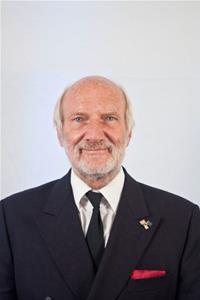 So sorry to have to say that so many things have changed our perception about our lives and responsibility since my last report. The pandemic has caused enormous difficulties for us all as well as being an enormous challenge for the future. People have died and families have been broken, left to deal with enormous pressures and strains not known since the Second World War.

Our council and I are doing all that we can to alleviate difficulties and support people in numerous ways.

Sovereign Housing and Island Roads have both implemented major improvements in my area, particularly Sovereign Housing, which last year finished the refurbishment of the ‘Arc’ project, a ‘Woodland Walk’, a resource which has proved its worth during the so called ‘lockdown’.

Over the past year, working closely with Island Roads, we have concentrated on some of our more poorly surfaced footpaths. Street lights in the area and vandalised street signs have been replaced. Two things that must be addressed locally if we are to have any chance of future social cohesion: needs of the young to be met and better facilities for both the elderly and young parents found. Without any additional council funding my Ward has relied on charities and volunteer groups for help. Such services need to be supported by central government.

I am Chairman of Licensing which enables me to have an input, with other Bodies, in improving safety in our communities. I work closely particularly with the police and other agencies helping to keep our streets safe.

I can only reiterate that I rely on the support of my constituents in Ryde South, who have been both my friends and colleagues for over thirty years. They have made my job, as a councillor, worthwhile.