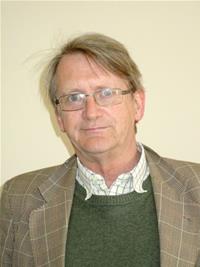 A major local issue was making a case against the IW Council’s plans to impose high housing development targets on the village.

Another major local issue was over the future of the primary school in Freshwater.  In February 2019 the IW Council recommended its closure of All Saints Primary to meet the rapid decline of the relevant demographic cohort.  The campaign to prevent this meant weekly meetings and extensive research to contest the Council recommendation which was ultimately changed to a rebuild of the school under the management of the Shalfleet-Yarmouth School Federation.

The Traffic Regulation Order for February renegotiated the previous year was finally implemented.  The transfer of Freshwater Bay Esplanade to Freshwater Parish Council was completed.

I hold surgeries on the last Friday of the month from 10-11 at the Mini-Market at the Memorial Hall.  I also regularly attend the ‘Our Place’ Café held each Tuesday morning at the Sports and Community Centre and attend meetings of local organisations.  In particular I was a director of the All Wight Now Committee which celebrated the 50th anniversary of the 1969 festival and Chairman of the West Wight Community Partnership.