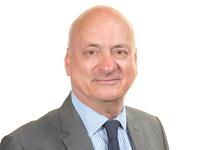 Government funding of just over £9 million for a project to future-proof the road network at various locations and junctions in Newport is well underway.  The scheme was postponed from 2018 as Southern Water needed to carry out an extensive and long upgrade to their system under Staplers.  The Newport scheme started the remodelling St Mary’s Roundabout in September 2019. Currently, the project is on schedule to be completed by the end of 2020.

The last year has certainly had its challenges. I think the effort to get Floating Bridge 6 to deliver a regular and reliable service have proved to be successful.  It has maintained a monthly average serviceability rate of around 95%; in February it reached 99.1%.  The issue of dealing with the tidal strength still needs to be addressed, but options are being examined.

The adoption of the Residents Parking Zone policy has resulted in several new zones being established. The issue of some residents not responding to the referendum did cause some applications to be rejected.   However, subsequent alterations to the letter explaining the scheme to residents has emphasised the importance of responding to the letter.

My focus since being elected in 2017 has been to support and promote the regeneration of Sandown. There have been some successes and one major setback, but Sandown seems to be on the cusp of significant improvement, based, in the main, upon the commercial investment.

I have worked closely with planning enforcement and empty homes officers who have made a considerable effort to tackle several long-term empty and derelict buildings.  I am pleased that we are making progress but disappointed that it all takes so long.